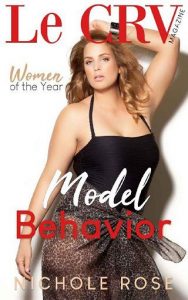 The heat between this curvy model and an infamous photographer will melt the camera. But will it lead to forever?

Trinity Larsen
I may own a modeling agency, but it’s been a long time since I was in front of the camera.
Until I was named one of Le CRV Magazine’s Women of the Year.
The infamous photographer, silver fox and certified grump, Sage Grimes, is in charge of the photoshoot.
He makes me want to come alive for him…in more ways than one.
He asked for one night. I agreed.
But I think I made a mistake.
The night hasn’t even ended, and I’m already hooked.
Sage Grimes
A photographer’s role is to capture his subjects.
But we’re not supposed to want to keep them for ourselves.
Except that’s exactly what I want to do with Trinity Larsen.
I never expected to fall this hard and fast for that beautiful smile.
Asking for one night was a mistake.
Forever is where I should have started.
Because she’s leaving in the morning, and I’m not ready to let her go.
Is it too late to change the rules of our agreement?