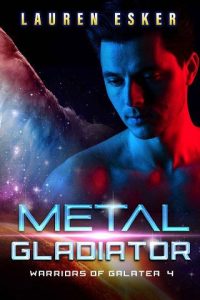 There’s an angel in her rooftop garden …

Except he only looks like an angel. He’s actually a winged alien, and an escaped gladiator at that.
Rook has been a prisoner for more than a year, forced to fight in brutal arena games on an alien world. He’s finally managed to escape to a planet called Earth, but his captors are close on his heels, and soon both Rook and the beautiful woman who saved his body and soul will have to fight or flee.
Luckily, if there’s one thing Rook knows how to do, it’s fight. And this time he’s fighting for more than mere survival.
He’s fighting for his future, and his happiness, and the woman he loves.