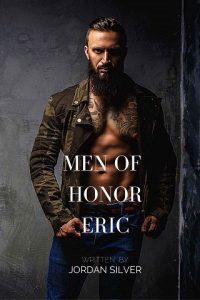 Eric is a single dad whose wife walked out on him and his seven-year-old son for a better life with a richer, older man. Once he got over feeling like his world was at an end, Eric put all his focus into making a better life for his son, whose mother decided that she not only didn’t want to be a wife, but motherhood was no longer to her liking either. Ten years later, Eric is no longer the same man. Through hard work and good luck, his circumstances have changed drastically. Not only has his finances been much improved over the years, but he’s just met the woman he thinks is ‘the one.’ At least she’s the first one who’s caught his interest for more than a few nights between the sheets. But now his ex has decided that she wants her life back and sets out to make trouble for Eric and his new love interest who has her own problems to deal with in the form of an ex and the woman he left her for long ago.