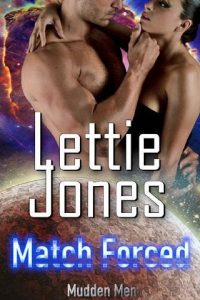 She wants the truth. It will cost her freedom.

Thalia’s desperate search for her missing sister Kay has completely taken over her life. She’s on the verge of losing her job, but she doesn’t care. All Thalia can think about is Kay, locked up and crying out for her cop sister to find her.
When she gets close to the truth, she gets ambushed by a Mudden man named Price. He knows something. He may even have been involved somehow. Price offers Thalia a deal. He will take her to Mudden to see her sister if in exchange she helps him with his mission to steal highly secret information from the most powerful corporation in the system.
Not only is the mission nearly impossible, but Price has made it clear that the trip to Mudden will be one way. She’ll have to figure out how to rescue Kay on her own. It’s a bad idea but what choice does she have when her sister’s life is at stake?
To make things worse, Price incessantly flirts and teases her. She just can’t figure him out. She should hate him but instead ends up kissing him. What would Kay think if she knew Thalia was making out with the enemy?