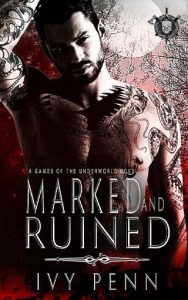 How could I have fallen so low?

I was the queen’s shadow, the second highest ranking vampire in clan Disaris. Nothing happened without my knowledge. Kiara was my queen and my twin sister. I would kill for her in an instant.
So when I discovered an assassination attempt by two rival clans, I did what anyone else would for their sister. I took the hit. The assassins missed her but got me. And as I lay bleeding out, I welcomed death, but found life instead.
Spencer Auvrey. The man who found me and got my heart pumping in more ways than one.
Saved by a human. I owe him my life, but letting him join me on my quest for vengeance will ultimately ruin him.
Who knew falling so low could leave me feeling so high?