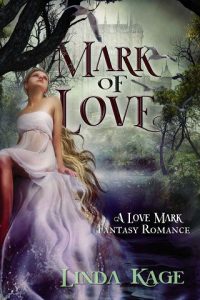 Due to a dark curse, the entire Graykey family has been marked for death. But Quilla Graykey has grown used to living on the run, constantly hiding and surviving under the radar of High Cliff soldiers, who’ve been sent out to hunt her down and destroy her.

So when a man bearing the mark of a High Clifter shows up on her trail, persistently tracking her, it’s really nothing new. Except she can’t seem to shake this guy. He keeps finding her, no matter how well she disguises herself. If she’s not careful, she might actually have to take a stand and fight him. Maybe even kill him.

But the handsome pursuer turns her world upside down when she discovers he’s not out to assassinate her after all, nor does he have a clue she’s a Graykey. His intentions are worse. He claims she’s his one true love, and curses, duty, or honor be damned; he’s not about to lose her. He wants to make her his happily ever after.

Used to eluding people and wanting to keep it that way, Quilla honestly has no idea how to avoid the likes of Indigo Moast.
Could this be the one evasion she can’t dodge?