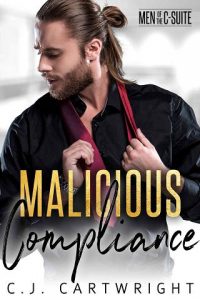 Your entire life can change with a single message.

When former hockey legend turned CEO/investor Maxwell Valente downloaded a new top-secret dating app, he was mostly looking for a way to kill some time before his new position started. But when he finds himself drawn into flirty conversation at all hours with a mysterious and vivacious hockey fan that just so happens to live in his new city, he can’t help but let down his guard to share his deepest, darkest desires…

Ember Caldwell lives, works, and breathes hockey. As granddaughter of the owner of the Astoria Bay Thunder, she’s always known that the team would one day be hers. But as hard as she works, she plays even harder. When her grandfather tells her the promotion she’s been waiting her whole life for has been awarded to a secret stranger, her entire world spins on its axis. A clandestine and sexy conversation with an anonymous hottie on the internet seems like just the thing to help her get over her disappointment. She had no idea how quickly she’d get attached…

When Maxwell and Ember’s worlds collide, sparks hot enough to melt center ice will fly. When identities are revealed, will the connection they forged anonymously be enough to sustain them? Or will it be the wedge that drives them apart?

Malicious Compliance is a complete novella appearing in the Men of the C-Suite collection. It serves as the prequel to What The Puck, a steamy new hockey romance series by CJ Cartwright.