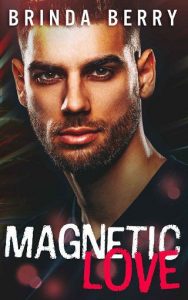 Emerson won’t be another notch on her boss’s bedpost…
Emerson understands three things about her playboy boss, Dylan. One, he has the body of a Greek god and the face to match. Two, he’s a rich guy with a history of one-night stands. Three, he thinks she’s just an ex-stripper…as if that defines her.

And he’s exactly the wrong guy for her.
Dylan understands three things about his gorgeous housekeeper, Emerson. One, she works harder than anyone he knows to care for her younger sister. Two, she’s too proud to ever let him help her. Three, he’s drawn to her like a magnet to steel.
Oh, and four…she has skeletons in her closet. She’s determined to keep it that way by letting no one in, especially a player like him.
Keeping her off-limits should be easy.
But when a stalker with connections to Emerson’s convict father threatens her, Dylan breaks down her walls to be the one she trusts.
As the heat between them rises, Emerson realizes one thing—she’ll do anything to protect the people she loves.

**This book was previously published under the title Seducing Fortune.