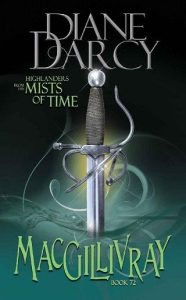 Rose Barlow had never thought she’d have a one night stand. Until she did.
So, she’d certainly never thought that if she did, she’d get pregnant! In fact, being a mother wasn’t even on her radar. But here she is, unmarried, pregnant, and trying to figure out what to do about it.
Both Scottish and American, she’d been shuffled between divorced parents, across an ocean no less, and she’d wanted to do everything right if she had a family of her own. What a laugh! Only, no one is laughing, least of all her.
Jock MacGillivray wasn’t the type to compromise a woman. Until he was.
After coming back from the dead, he’s trying to figure out how to live in this century. And he still doesn’t know how things went so wrong with Rose. Now she’s disappeared and he can’t get what happened off his mind.
If he could just find her, they could talk this out like grown-ups did, in front of a priest!
To his mind, that’s where they’d been headed anyway.
He’d never understood ladies in the past, and apparently had no hope of understanding them now.
So, when he finally finds her again, he’s going to marry her first, and ask questions later.