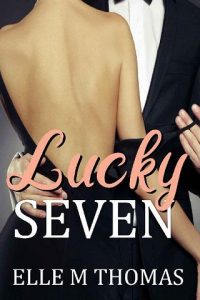 Natasha Winters, a twenty-one-year-old English actress, never expected to be invited to New York, but as she nervously awaits the powers that be, she is greeted by the ultimate power. The boss. The much older and incredibly sexy, James Maybury.
Before Natasha knows what has happened, she is in James’ hotel room and playing a dangerous game of cat and mouse, with him prowling around, determined to capture his prey. It’s a game she shouldn’t be drawn into, given her history, and it is a game she will likely lose.
With his own track record of failed relationships, James can’t quite believe it when the beautiful, bright and funny Natasha Winters stands before him, bending over in a dress with legs that beg for hands to trace the full, delicious length of them.
Could this woman be everything he’s been looking for, his salvation? Or could she be his damnation?