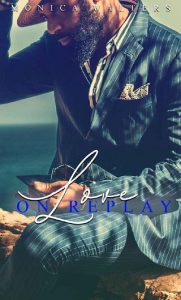 A love lost is hard, especially when that loss appears in your face weekly, reminding you of what once was. Anissa Dent is experiencing heartbreak like none she’s ever felt. Her husband of nearly twenty years has fallen victim to crack cocaine after a devastating loss. All her efforts to help him have failed, and to protect herself and her sons, she divorces him and has him removed from their home. That doesn’t stop him from popping in and out of their lives with promises of getting clean. Anissa desperately wants to move on in her life, but her love for what once was is holding her back. However, attending a family barbeque with her son proves to be the restart she desperately needs. The host penetrates her exterior and has her questioning why she’s been single for the last fifteen years with someone like him available.

Grief can be a hard thing to overcome. Sheldon Berotte has been grieving the loss of his wife for nearly twenty-five years, not giving another relationship a second thought. When she dies during childbirth, he is left to raise their five children, all under the age of ten, alone. His in-laws all live out of town, so help was minimal. However, he stepped up to the plate and devoted his life to his children. Now that they are grown, they are worried about him. He has lost his ability to even entertain other people, nearly becoming a recluse. The only thing that gives him purpose is volunteering as security at one of the local high schools. Allowing his children to convince him into having a family barbeque and them inviting some of their friends and their families, is the moment his life changes forever.

Anissa and Sheldon have immediate chemistry that he tries to fight. The feeling of guilt consumes him and threatens to destroy their future before they can even have a present. Can Sheldon let go of the torment guilt is putting him through and embrace the budding relationship between him and Anissa or will he allow her to slip from his fingertips?