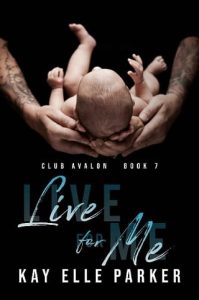 One week.
Loki Jackson spent one delightful week with a lonely and misunderstood woman from Washington D.C. Months later, he still can’t get his Christmas fling with Myna out of his head, and it’s affecting every aspect of his life. He can’t tattoo without seeing her face in the ink, can’t pierce without wondering what she would look like with her own shiny baubles.
Can’t dominate anyone in Avalon because, well, they just aren’t her.
Myna, his little songbird.
He’s one lovesick puppy, and tired of it.
Myna Cookson can’t find satisfaction in anything. D.C. doesn’t hold the same allure it once did, and her exile from the community she found peace in is complete. Persona non grata.
A streak of random misfortunes forces her hand, making her choices limited no matter which way she turns. Time and fate are conspiring against her, despite her resistance.
She wants Loki—the man she craves, the Dominant she misses.
But with everything that stands between them, the secrets and the mistrust, there’s every chance that what was the happiest time of her life might turn into the regret of a lifetime.
When an old nemesis comes back to town, no one is safe.
When he makes his move, who will be the last ones standing?