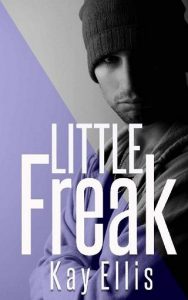 What is the use of having visions if you only see events that have already happened?

That’s how Sean Dalton lives his life. The police laugh him out of the station every time he tries to help. Either that, or they want to arrest him as a suspect. It’s a shame they don’t want his help, especially when he has a not-so-secret crush on the handsome Detective Sergeant Adam Quinn.
But there is one person out there who believes in Sean’s psychic ability. Sean has got the full attention of a stone-cold killer, a man who thinks Sean has seen his face in a vision.
Now, Sean’s dreams are not his own. The powers that nobody believes in are escalating and he’s scared.
Adam Quinn doesn’t know what to make of the weird kid who keeps showing up at his crime scenes. He doesn’t think Sean Dalton is a bad person, but he’s certainly a magnet for trouble. When it becomes clear someone is out to hurt Sean, Quinn knows he has to protect him. Not because it is his duty as a police officer, but because he wants to.
Somehow, Sean has gotten under his skin, but as the killer closes in, it raises the question – who is saving who?