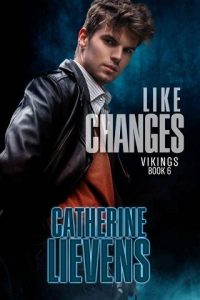 Micah has been working against the conclave from the inside for decades, and the time has finally come to make a move. The problem is that the other conclave members are suspicious, and when Micah steps in to save a hero, he has to run.
Constantine left the conclave a while ago, and he never regretted it. When he’s sent to pick up Micah, who he knows is a spy for the fallen heroes, he’s relieved to see the man isn’t hurt.
But their fight isn’t over. The end has finally come for the conclave, but the transition won’t be easy, and they have to deal with the old conclave members before a new group can take their place. Luckily, they have allies—and it’s all thanks to Micah.
Constantine is in awe of what Micah has done. The more time they spend together, the more he falls for him, and he can hardly believe it when Micah falls for him, too.
But their fight is just beginning, and the entire supernatural community is at risk. Constantine and Micah want a future together, but the possibility that one or both of them won’t make it to the end is high.

Can their love survive the last fight?