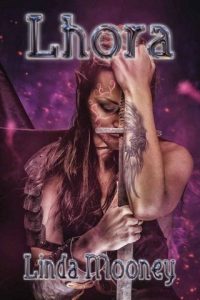 The Coltrosstians and the Beinights have been enemies for as long as anyone can remember, but now they have a common enemy aiming for them both—the Tra’Mell. When approached by the Coltrosstian Sarpi to join forces against this new foe, the Beinights aren’t sure who to trust. They need the help, but at what cost? Furthermore, the Coltrosstians seem to have some secrets they’re not willing to share.

Lhora is part of the guard for Esstika Kai, leader of the Beinights, and she has her own secrets to hide, like her torgart powers she’d inherited from her father, and the fact she’s due to take over as Esstika when her mother is no longer able.

She never foresaw being captured and used as a bargaining chip, much less have an unexpected ally come to her rescue. Lhora soon learns that maybe the Coltrosstians have more in common with her kind than just being enemies, but can the rest of their people be convinced of that? One thing is certain—this new enemy must be stopped now.

It’s time for the Tra’Mell to face the music. And when joining forces, Lhora discovers that love can conquer all.