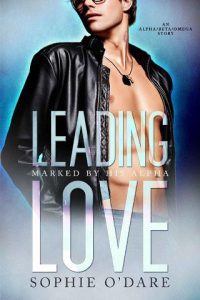 An Alpha co-star. An Omega in hiding. A week alone in a cabin.

After a trauma from his childhood made Remy wary of Alphas, he went into his acting career disguised as a Beta. He knew it was a risk, but with safeguards in place, he should have been fine. But no amount of planning could have prepared Remy for Jude Hendricks, his Alpha co-star.
Remy never expected to fall for Jude, but after almost three films together, the blue-eyed hottie has worked his way past Remy’s usual defenses. He just has to make it through the final scene of their movie without giving into his conflicting emotions, and then he’ll never have to work with Jude on set again.
When they’re sent away together to work on their script, though, Remy’s ability to resist Jude’s allure is put to the test. Especially when the Alpha makes it clear he wants to be more than co-stars. But falling for Jude comes at a high cost.
Is Remy ready to come out as an Omega to the world? Or will he find the will to resist the only man he’s ever truly wanted, even if it breaks both their hearts?