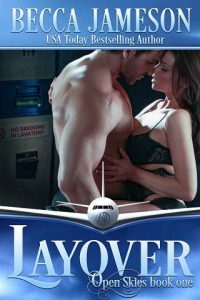 Libby:
It was supposed to be a one-night stand with a buff Delta.
A chance to experience the forbidden.
Her parents would never approve. Her mother’s heart is set on her marrying a Guatemalan.
But he rocked her world, and she can’t get him out of her mind months later.
The chemistry… The way he made her feel… The control…
When he steps into her path again, she can’t resist the temptation. She won’t.

Jason:
No way was he going after a woman who snuck out on him.
No matter how good the sex was or how well they connected.
He needed to focus on his last few months in the Army.
But she was never far from his mind, and now he’s moved to her town.
He’s not about to let her slip through his hands a second time, but is she using him?
He’s been screwed over before. He won’t make the same mistake twice.