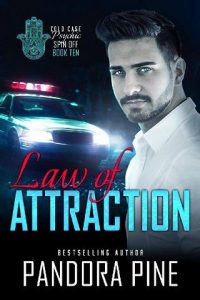 Boston Police rookie Greeley Fitzgibbon has seen the worst life has to offer. Shunned by his family for coming out, he lived life fast and hard on the mean streets of Boston, until he came up against a serial killer, who nearly made him a statistic on his kill list. Like the fabled phoenix, Greeley rose from the ashes by getting clean and then adopted by BPD Captain Kevin Fitzgibbon. All he’s ever wanted was to follow in his father’s footsteps. Greeley’s about to get that chance, whether he’s ready for it or not.
Major Crimes Sergeant Rockland Mars is investigating a case of human trafficking horrific beyond any other he’s worked before. What he needs to solve the case is an undercover officer capable of playing the role of chameleon, morphing seamlessly into whatever form is necessary to bring the trafficking kingpin down hard. Rock has the perfect candidate in mind, but Greeley won’t touch him with a ten-foot pole. Not after an evening of drinking led to a night of passion Rock was unable to handle.
Greeley knows he’s the man for the job, but can he keep his feelings for Rock out of the equation? He’ll need to, or risk becoming a statistic on a kill list after all.