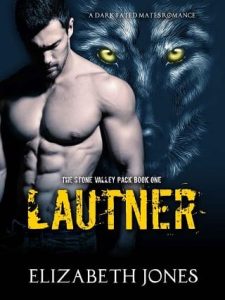 The last thing Lautner ever wanted was a mate. After a chance encounter, the clock is ticking. He has seventy-two hours to claim his mate or lose her forever.
Danika: At nineteen, I had spent my life hidden in the shadows, controlled by the hands of my domineering father and pack Alpha. Now, he expects me to marry the pack Beta, an arrangement made long before I was born. Seeking a night of freedom, I head to the one place forbidden by my father, The Warehouse, ran by the notorious vampire Motorcycle Club, The Sun Sinners. Its reputation for violence and an array of unruly supernatural clientele is probably not the safest place for a shifter who has yet to turn, especially considering the number of enemies my father has. What I didn’t expect was to find the man who would finally entice my wolf to the surface. Too bad he looks like he would rather kill me than f*ck me. I always believed that fated mates never existed, but could he be the one to save me?
Lautner: As pack enforcer, and undefeated illegal cage fighter, violence is a part of my life. My father taught me that from an early age. He also taught me that mates are nothing more than a problem that I didn’t need…until I met her. Her scent catches me off guard, almost costing me my life, and yet as much as I don’t want her, my wolf has other ideas. I want nothing more than to hide out until the bond is over, but when a shifter turns up mutilated on the outskirts of Stone Valley, it looks like the rumors about the hunters are true. The Shifter Council has ordered neighboring Packs to work together and bring them down. Given the animosity between the packs and my wolf going mate crazy, the last thing I expected was her to turn up at my door…with her fiancé in tow.