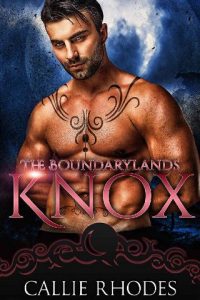 Josie knew that there were consequences for taking a stand against the powers that be, but she never imagined the punishment would be being thrown to the alphas.
Activist Josie Price has been a thorn in the beta government’s side for too long. After her arrest, she’s tested, and her dormant omega nature is revealed. Now, the beta authorities finally have their solution—toss her over the border into the Boundarylands and let the alphas have at her.
But when Josie lands at the feet of a towering beast named Knox, she soon discovers that the alphas aren’t exactly the feral monsters she’s been taught to fear. Knox might be dangerous and massive, but the wild charm in his eyes calls to her…a call she’s powerless to refuse.
And when Josie finally gives in to the pull of her omega nature, everything changes. There’s no way of knowing if Knox will be her salvation or her doom, but one thing is certain…the alpha is her destiny.