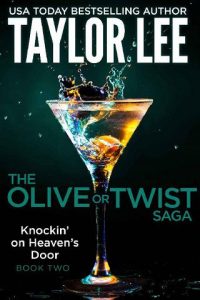 She’s a go-it-alone detective. He’s a psychiatrist and FBI profiler. A serial killer brings them together. In more ways than one.

Tyra Stone is the lead major crimes detective in the city’s busy police department. Beautiful, brash, and a declared loner, cooperation isn’t part of her vocabulary. When four young girls go missing, Tyra is convinced their cases are linked. The discovery of the brutally murdered body of one of the girls convinces her that the others will soon be found.

Deacon Walsh has more degrees than any one man should. A former Special Ops physician, psychiatrist, and now FBI profiler, the stunning black agent has spent a year tracking the serial killer of four Colorado girls. When the trail goes cold, a brutal murder of an Albuquerque girl with all the marks of his victims convinces Deacon his killer is responsible.

Mathis Cross, the Albuquerque police commissioner and Deacon’s former Special Ops buddy, and the police chief are eager to have the consummate agent take over the case. The only person who is decidedly not eager is the lead detective. When her chief puts the interloper in charge of their combined cases, Tyra is determined not to concede.

Unfortunately, in addition to being brilliant, Deacon is also charming. And to Tyra’s dismay, as accomplished a lover as he is an agent.