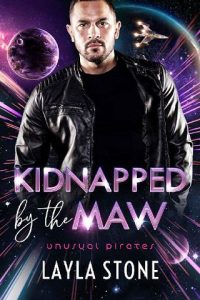 Life was cruel, and in his experience, only fools expected different. He suffered and endured hell waiting for the moment to claw his way to freedom. After that, he crossed the border and joined the Federation changing his life for the better…. but all that was ripped out from underneath him when he was betrayed and kidnapped by a pirate queen.
Amaree didn’t have a charmed life, but it was close enough. With loving parents and a thriving career she shouldn’t have felt like something was missing.
Visited by her long lost cousin, she learned that life had a dark side. As a doctor, Amaree had whitnessed dark, but never to the depths that she was exposed to while helping her cousin rescue a lost Federation commander.