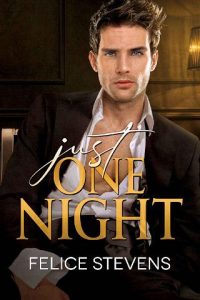 In the rough and tumble world of New York City, these men don’t mind getting down and dirty—in business or each other.

It isn’t every day a gorgeous stranger shows up in my bedroom wearing not much more than an arrogant smile. When I discover he’s a high-priced escort and a surprise birthday present from my sister…now she’s gone too far.
Except I haven’t been able to stop kissing him long enough to tell him to leave.
No one has to know he’s spent the night. And when we’re done, he’s gone and out the door. Never to be seen again.
Well, not exactly.
Because for some crazy reason, I can’t quite forget Archer Strong.
It’s a job like all the others. Another evening of million-dollar seduction and fake desire that’s made me the most exclusive escort in New York City.
But after one kiss from billionaire real-estate mogul Madden Steele, I’m not pretending anything.
And when he wants to see me a second time, I break my rule of one and done.
Because just one night with Madden isn’t enough. I want to see him again.
And again.
Now he’s asking for something more. Something that could solve all my problems, and his. But it’s something I can’t give him.
Or can I?
With an enemy from inside Madden’s family scheming to take control of his company and destroy me, we’re in for a fight. Holding on to each other might be the biggest risk of our lives, but it’s the only way to reap the greatest reward—love.