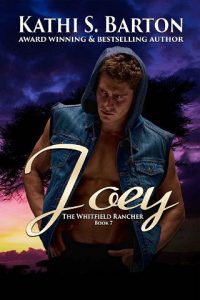 Autumn was born the seventh child of the seventh child, and what no one else realized, she was also the seventh generation to be born, making her the seventh of seven. That alone brought her a great deal of magic. But her parents mistreated her as a child because she wouldn’t share her magic. After her mother made an attempt on her life, she grew up living with a kind uncle. As a result of the abuse she received from her parents, Autumn was dying from cancer.

Joey Whitfield wasn’t the biological son of Blake and Shadow, but they loved him just the same. Joey was different. He had always been a loner, but a near-death experience as a teenager had granted him powers and abilities so strong even he didn’t understand. It wasn’t safe to be around others. Rather than hurt those he loved the most, Joey had struck out on his own until he could discover exactly who and what he was. Days turned into weeks, and weeks turned into years. Joey couldn’t bring it upon himself to face his family.

Even from afar, Joey knew what Autumn was to him. But he’d been alone for so long, could he trust himself to be around others? He knew he should and could save her, but that would require getting past his comfort zone to do it.

Joey was at a crossroads in his immortal life. It was do or die. He just needed the courage to do what had to be done or risk living an eternity alone.