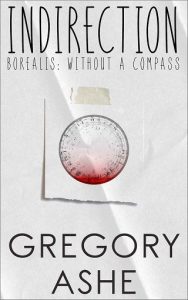 Shaw Aldrich and his best friend, boyfriend, and partner, North McKinney, are doing great, thanks. The aftermath of their search for the Slasher has finally settled down. Their private investigation agency is thriving. And after years of missed opportunities, they’re finally together. Sure, work might be taking up every spare minute, and their time together as a couple might have evaporated—but that’s normal, right?

When an author asks for their help investigating threats against a gay romance convention, Shaw sees an opportunity to shake up their routine and maybe have some fun. But the convention isn’t what he expects. Between the rabid fans and the backbiting authors, the death threats—which seem totally baseless—are the least of North and Shaw’s worries.

Until, that is, a bestselling author is poisoned in the middle of a panel. Then Shaw and North must race against the clock to find the killer before he (or she) escapes—and before the convention ends. But romance authors are more complicated than either North or Shaw expects, and a treacherous web knits the suspects together.

Shaw and North will have to unravel a skein of lies and half-truths to uncover the killer. It doesn’t help that, on top of everything else, Shaw just wants to find his next favorite book—and, if it isn’t asking too much, have sex with North at least one more time in his current incarnation.