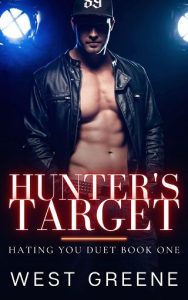 New school. New Hell.
Samuel just wanted to complete his final year of school at a Hell he understood.
But when he’s forced to move, he knows it’s going to be worse. He just doesn’t know how worse it’s going to get.
Not only has he become the target of the football star recently released from jail, but Samuel’s also about to realize that things at home are about to get ten times harder.
But if there’s one thing Samuel’s good at, it’s fighting. And he’ll fight back until he literally can’t fight anymore.

*This book is part one of a duet. Ends in a cliffhanger.*
**Trigger warnings: bully romance, homophobic parents and peers, bullying, emotional abuse