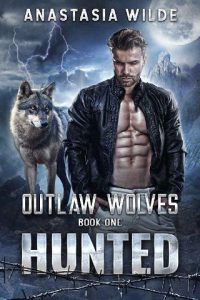 He leads a pack of outlaw wolves who take down bad guys no one else can touch.
She comes from legendary shifter Enforcers, who have half his men on their Most Wanted list.
Will their explosive passion destroy everything they care about?
A year ago, undercover operative Gunn Jorgenson left Michelangela Connors for a two-day mission to help a friend. He never came back. All she got was freakin’ note telling her he was gone for good, and not to look for him.
Like that was going to happen.
Mikey was trained by the best operatives in the known worlds, and she’s not the kind of girl who reacts to having her heart trashed with a tub of ice cream and a chick flick marathon. She wants answers, or she wants blood. Preferably both. But she didn’t plan to find Gunn by being captured by his wolf soldiers—who have no idea who she is.
When Gunn’s men bring Mikey back to their secret base, all hell breaks loose. His wolves are a haunted, broken, PTSD-riddled mess—but their missions save lives, and Gunn’s tenuous alpha bond is the only thing holding them together. Mikey and her family could bring everything crashing down, if Gunn’s mysterious, shadowy commander doesn’t have her killed before they can.
Now Gunn has to choose between saving the woman he’s never been able to forget, or saving his pack, and all of Outlaw Ridge. And teetering on the balance is the life of a little girl in danger.
Gunn’s pretty sure this can’t end any way but badly. But when it comes to true mates, fate can take twists and turns you never saw coming…