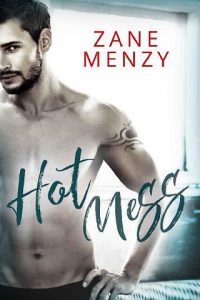 Kieran Harrington’s life is a hot mess.
After losing his job, apartment and his girlfriend, Kieran is forced to return to his small hometown and live with his older brother. It is a humiliating ordeal for the uptight 26-year-old who swore he would never return to the place he was bullied mercilessly as an unpopular teen.
A welcoming distraction comes Kieran’s way though when his brother’s best friend, the fun-loving Ziggy Zurakowski, invites him for a weekend away to a secluded cabin. Kieran jumps at the opportunity, keen to try and forget his troubles for a few days. However, it soon becomes apparent Ziggy has more than just rest and relaxation on his mind.
Kieran doesn’t know what to do. Sure, Ziggy is an incredibly handsome guy but Kieran’s straight… Isn’t he? As Ziggy turns up the charm, and the sexual tension between them increases to boiling point, Kieran realizes he’s fighting a losing battle. What follows is a night of reckless passion filled with deviant exploits that take Kieran places he needed to go, exploring things he needed to explore, but…
But what happens now?