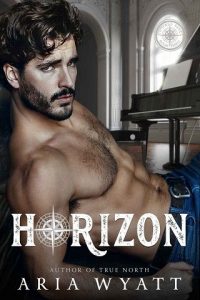 It started out innocent.
He was my older brother’s best friend. The teen who built sandcastles and splashed in the waves with me when I was a little girl. We’d collect seashells and build moats around our castles to protect the imaginary princess within. He was my Jake. I was his princess.
His summer visits to Australia became less frequent after scoring his first record deal, but I never forgot him. While the multiplatinum singer-songwriter traveled the world, melting hearts and panties with his lyrics, I filled a notebook with his name.
Everything changed when Jake flew in for my brother’s thirtieth birthday party. At eighteen, I’d come a long way from the girl he remembered. One lingering touch was all it took to ignite us. I kissed him, but he walked away. He was still on tour, I was about to start college, and let’s not forget my hotheaded brother.
But after graduation, when a New York internship opportunity lands me in the Brooklyn brownstone across from his, the ocean between us is replaced with a street.
Jake thinks he can’t have me-we’re different as earth and sky-but I’ll prove him wrong. Those five years of distance only deepened my ache. His demons don’t scare me. He’s everything I’ve ever wanted, and I know I can make him happy if he’ll let me.
I’m determined to try. After all, his old sweatshirt is not the only thing I’ve held on to for him . . .
When earth meets sky on the horizon, Jake Bennett, the King of Ballads, will be mine.

Horizon is book #3 in the Compass Series. The books are all interconnected and should be read in order.