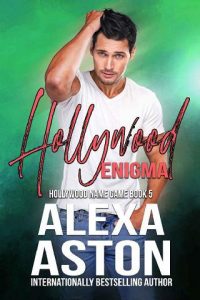 She’s a legal shark—sleek and deadly—but doesn’t trust anyone beyond her small circle of family and friends.
He’s internationally famous—and yet a mystery to the world as he cloaks himself in privacy.
Can they shed their fears and open their hearts to one another?
Actor Wynn Gallagher is at the peak of his fame, playing superhero Carbon Man in the Alpha Tharra Universe film franchise. While the role has made him wealthy, he’s ready to move on to newer challenges—but his ironclad contract will keep him tied to the role for years to come. Seeking legal advice, he approaches Scarlett Corrigan, one of the top entertainment attorneys in Los Angeles.
Scarlett is the younger sister of Hollywood’s highest paid actor, Rhett Corrigan, but she’s made a name for herself in entertainment law. She thrives on challenges and readily accepts Wynn as a client, but she puts the brakes on the strong attraction between them, not wanting to mix business with pleasure.
Eventually, Wynn and Scarlett become involved but tragedy strikes not once, but twice, threatening to end their relationship before it has a chance to grow and flourish.
Can Wynn and Scarlett overcome overwhelming odds and find lasting love?