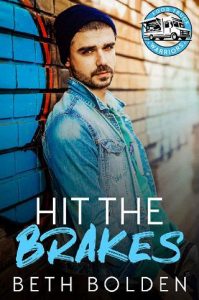 Can they fake it til Tate makes it?

Tate Ward is in a bind. His food truck hasn’t been the runaway success he’d always dreamt it would be. When he tries to join a new food truck collective to gain a larger following, his sales aren’t even high enough to win a spot. What he needs is a high profile endorsement—and he knows just the guy.
Tate hasn’t seen Chase Riley since high school. It’s been ten long years of watching from a distance as Chase conquers football fields and fan’s hearts.
Tate never wanted Chase to know that he had the world’s stupidest crush on him, because he always believed Chase was straight.
But desperate times call for desperate measures . . .
When Chase offers a tempting plan that could fulfill all his dreams, Tate knows he can’t say no. All he has to do is pretend that his very real feelings are actually fake.
But faking it with Chase, while leading to wild success and even wilder nights, is everything that Tate feared it would be. All it’s done is leave him wanting the impossible: Chase’s heart.