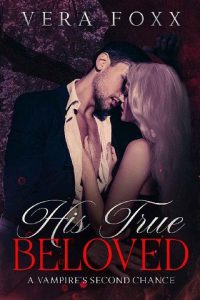 Sebastian, a lonely vampire who lost his beloved soulmate under the rule of King Darius, has been pardoned by the Princess of the Cerulean Kingdom to find his second chance mate. Princess Clara orders him to travel to the Earth realm to find his second chance and has specific covens he is to visit to find her. Sebastian has little hope but wishes to fulfill his promise to the Princess who saved his life. Hunting for his love, he eventually finds her as a human who is staying at a transitioning coven, especially created for humans making the change to become one of them.
Christine, a human, cheated on by her college boyfriend, comes home to find her mother, who has been stuck in a loveless marriage shacking up with a vampire. After the initial shock, she is adamant about moving to the coven, Black Raven, where her new stepfather plans to change her mother into a vampire. Christine is skeptical and worried about her mother’s quick acceptance of the coupling, but she is there to protect her mother at any cost.
Christine follows to keep her mother safe and watches over her, only to find a sweet and lonely vampire. Christine initially rejects the vampire’s friendliness, too worried about the new race, but now it is her heart she is guarding. Luckily for Sebastian, the bond will soon take hold of Christine, but will she finally succumb to this dangerously handsome vampire that is pulling her closer to him?

This book can be read as a stand alone, but it is part of a series. Enough information is given to read this steamy human and vampire love story. Contains language, strong sexual scenes and blood.