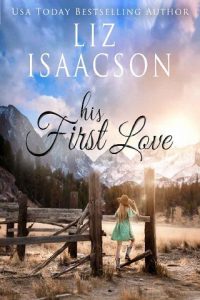 She broke up with him a decade ago. He’s back in town after finishing a degree at MIT, ready to start his job at the family company. Can Hunter and Molly find their way through their pasts to build a future together?

On his first Sunday back in Ivory Peaks after finishing his technology degree at MIT, Hunter Hammond comes face-to-face with Molly Benson. He’s just lost track of his little brother, but the old flame he’s harbored for Molly since she ended their high school relationship a decade ago is rekindled instantly.
Molly Benson, after succumbing to parental pressure and wanting to explore other options for a boyfriend, did break-up with Hunter back in high school. She’s never forgotten him though, even when she married another man. Now that she’s divorced, she carries emotional scars and personal feelings of unworthiness from a marriage she should’ve never agreed to.

Hunter’s kissed a lot of girls since his teenage relationship with Molly, just like his uncle once advised him to do. He inherited his two billion from his father when he turned 21, earned a degree in bioinfotronics from MIT, founded an organization to help injured military personnel and police officers, and fell in love with another woman—all while wearing his cowboy hat in Cambridge. Their paths diverged, and when Hunter finishes up his work with his foundation, he returns to Ivory Peaks to start working in the labs at HMC, the family company.

Through it all, his heart has never recovered the piece he gave to Molly all those years ago… Can his first love be the one that becomes forever?