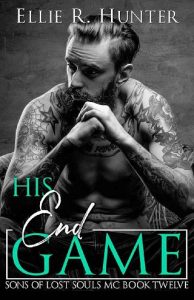 Leo Jackson’s heart stopped beating the day his fiancée was murdered in
front of him. His world destroyed. The only reason for living was his daughter.
Rayna. But as time passed, the club became home once again and between
being a father and a brother, life wasn’t so bleak.

From the day he was born, he was destined to one day lead his father’s club, The
Lost Souls Motorcycle Club. That day is soon approaching and the weight of
responsibility is already hanging over him.
After losing India, he wasn’t interested in taking his father’s patch but now, he’s ready
and prepared to do anything to keep the club strong and alive.

He vows not to fail his father or his club and maybe… just maybe, his heart will beat with
love again.