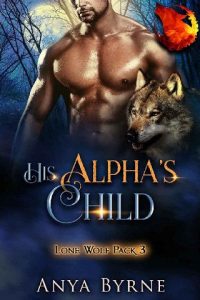 The day his brother-in-law Gavin gives birth, Finn Simmons receives an unexpected phone call. Gavin’s little brothers need his help, and their social worker, Parker Knight, requests a meeting. With Gavin and Saul busy with their new son, it’s up to Finn to take charge of the situation. But when he does exactly that, he finds in shock that Parker is his mate. Naturally, he’s ecstatic… except he’s still a werewolf Alpha with too many responsibilities and secrets, and there’s still an enemy pack biting at his heels.
Parker has dedicated his life to helping people as a social worker. When a case that’s close to his heart leads him to a meeting with a breathtakingly handsome man, he tries to be professional about it. He tries to remember he can’t lose his heart to Finn Simmons—and he fails.
Despite their misgivings, their pull toward one another is too strong to resist, but the obstacles in their path are not to be trifled with. In a world increasingly hostile toward human-werewolf matings, can one Alpha protect his new mate, and his unexpected new family?

This is a second edition of this title, previously published under the name Expecting His Alpha’s Child. It has been revised and reedited.