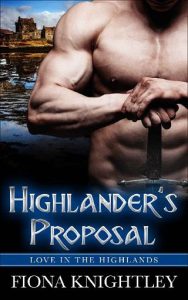 A union for peace, but can she survive?

Darra is her clan’s last hope for peace. The Sloanes have been at war with the Carrigans for years, and now time is running out to save her people from the tyranny of “Carrigan The Cruel”. In a last-ditch effort to end the brutality, Darra’s father devises a plan that will see the clans unite and the bloody war finally come to an end.
With no other options, Darra must sacrifice her own happiness for the sake of her clan. She had always believed she would marry for love, but nobody expected this!She would become the bride of the infamous Laird Samuel “The Cruel” Carrigan.
Upon arriving to her new home, Darra is forced to contend with a distant, cold husband who holds deep emotional scars, but over time she begins to see him in a different light.
Most others would simply resign themselves to their predicament, but Darra is not like most others. She is determined to save her people and will not back down. The fate of many lives depends upon this union; they must do everything in their power to hold the peace, or the consequences will be dire.