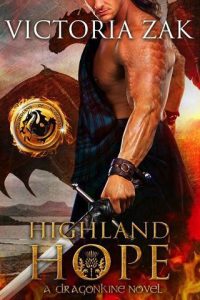 Never trust a dragon.
If the scars on Maggie’s body aren’t enough to remind her of that truth, the terrifying demons that plague her nightmares do the trick. Her vengeance runs deep as she sets out on a soul crusade for justice. She will kill her fear. She will kill a dragon.

When did he become a hero?
Deceit became second nature to Dragonkine warrior, Caden Ross, until he held Maggie in his arms. But she could never know his true nature, the Dragonkine blood pulsing through his veins. By night, his dragon magic slays the demons in her nightmares. By day, he walks by her side, longing for a time when she could love him and the beast that lurks inside him.

Lines are drawn and war begins.
With the awakening of the tyrant Dragon King Drest and the Death Dragons breathing down his neck, Caden must warn his family and unite with his brothers to protect the ones they love.

Will Maggie overcome her need for revenge and fight with him, or will he win the battle, only to lose her forever?