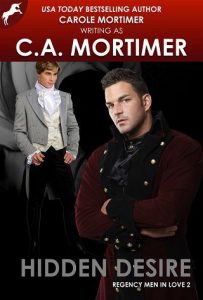 Maxim Armitage, the Duke of Lancaster, has become totally smitten with Christopher Brooks since that young man came to work as a server at The Apollo Club, a gentleman’s club owned by Maxim and three of his closest friends. But their ages, Christopher is only nineteen to Maxim’s six and thirty, and the difference in their circumstances, Christopher is employed at The Apollo Club and Maxim is the powerful Duke of Lancaster, force Maxim to keep his distance.

Until the night Maxim discovers Christopher being attacked by another man.

Christopher Brooks was beyond grateful when he was offered employment at The Apollo Club. He enjoys his work there. The owners of the club are fair gentlemen. Most especially Maxim Armitage, the Duke of Lancaster, whom Christopher very quickly finds himself developing feelings for. His fellow workers have also become the family Christopher no longer has. All except one, and Christopher has managed to evade that man’s demands to date.

Until the evening he is no longer able to do so.

Being rescued and cared for by Maxim makes Christopher long for things he can’t have.
Or can he?
And what will become of their mutual attraction if or when Maxim learns the secret Christopher has been hiding from him?