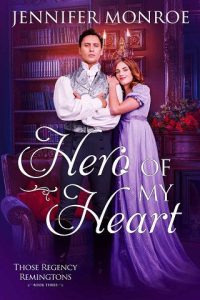 In this second chance Regency romance, a widow in jeopardy and a disgraced boxer learn that the highest stakes in love…. must be fought for together.
She is but a shadow of her former self…
Ten years ago, Miss Tabitha Carter was ready to marry her love and hero, Christopher Remington. But that dream was shattered when her parents forced her to marry another—a violent man who broke the woman she once was. Now a scarred widow seeking to rebuild herself, Tabitha has learned that gambling debts have put her and her children’s lives at risk. Seeking out Christopher for help, she finds the gentleman she once loved gone, replaced by something far worse….

A man consumed by rage…
Christopher Remington withdrew from society after losing his estate and facing the scorn of the ton. To make matters worse, he also lost his one and only love, Tabitha, to another. Now a failed hero living his life as a boxer, Christopher’s heart is as hard as the fists he uses to destroy any who challenge him—inside the ring or out. But when Tabitha reappears in his life and he learns that her family is danger, he is helpless against the urge to protect the woman who broke him. So he reluctantly returns to her home to protect her.
Thrown together once more, both Tabitha and Christopher find themselves tortured by glimpses of the happily ever after that was stolen from them. Can they fight to reclaim the love they once shared, or will they admit defeat to the wounds that haunt them?