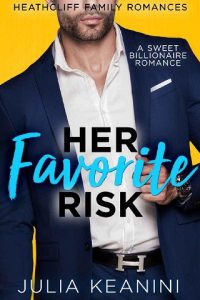 She just needs a job. He needs her. But since they’ve both been burned by love is he a risk she’s willing to take?

Aria is a trophy wife. Nope, worse than a trophy wife because her husband has just decided he no longer wants her. Ashamed of what she’s allowed herself to become and realizing she only has a few marketable skills, Aria flies to Maui on her last dollar with just a wish and a recommendation from a former employer that she hopes will be enough to give her the fresh start she needs to turn her life around.
As the CEO of the Heathcliff Maui resort, Lorenzo feels the weight of his business, as well as his family whose name his hotel bears, on his shoulders. When his sales director makes a mistake that might put them so far in the red they’ll have a hard time recovering, Lorenzo needs to come up with a solution–fast.
Lorenzo’s solution comes in the form of Aria, the beautiful woman that he has been doing his best to avoid. He’s learned the hard way what can happen when he dates a coworker, but if getting close to Aria means saving his family’s hotel, he’ll just have to do his best to stay professional. However, the more time they spend together, Lorenzo learns that Aria isn’t just a beauty; she’s everything he’s been hoping to find in a woman.

Can Aria and Lorenzo overcome their histories and find their way to one another, or will prejudices built on their pasts taint what could be?