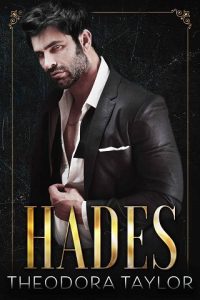 Is my husband a dream come true?
Or the nightmare I was trying to escape before I lost my memory?

I didn’t know true desire until the first time I laid eyes on him. Tall, dark, beautiful as a god—completely forbidden. He was the penniless son of the help born in the Lousiana bayou, and I was a pretty southern princess, cultivated like a hothouse flower to become the trophy on some well-pedigreed man’s arm.
My mother slapped my face when she saw us together and warned me he would ruin me. A few weeks later, my father made me sign a contract vowing I wouldn’t have relations with anyone until I married.
So, I tried to forget him. Until one day I woke up to find out I actually had.
There’s a near-decade hole in my memory. My disapproving parents have passed away. And the biggest surprise of all: that boy my mother warned would ruin me?
He’s my husband now.
He’s still beautiful as a god, and he’s now rich as one, too. He’s made himself over from a poor Cajun boy living on the bayou into a ruthless mogul with enough money to give me anything my heart desires. A huge house on a lake, the perfect job, and endless pleasure.
He’s a total dream husband. Until one day I receive a note from someone I trust, telling me three unsettling things.
1. The beautiful god I sleep next to every night is not my real husband.
2. Before he re-invented himself as a ruthless mogul, he was the even more ruthless leader of a notorious motorcycle gang, and…
3. I was hiding from him all the way up until my accident.

Could it be? Is my dream-come-true actually the nightmare I was trying to escape?
What would you do if you were me? Live with the perfect illusion? Or do whatever it takes to uncover the truth?