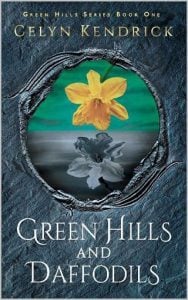 American Jane Dawson is in search of balance in her life—because she falls on her face—a lot.

Now, surrounded by thousands of acres of sheep-poop and social landmines, her romantic sheepdog hero, Moss, stands by her side, looking handsome and dignified while his luxurious hair is swept by unseen winds—until he eats the sheep-poop, that is.
Full of history, mythology and legend, there is more to the odd little town than its idyllic sheep-filled pastures. Amongst an unforgettable cast of characters, Jane discovers the community and companionship she hadn’t even known she’d been looking for—especially with her new neighbour.
No, not the hot widower-landlord Crabby McCrabbit-Pants (known to most as Rhys Kellan), but the sweet and painfully shy Stewart Rygby.
With Jane acting as his champion, Stewart emerges from his shell to start uncovering secrets that have defined his life thus far. Through shifts in legislation and culture, Stewart is freer to be himself than at any time in history—but who is that?

A tale for the ages, the story begins to emerge in this exciting first book of the Green Hills series!