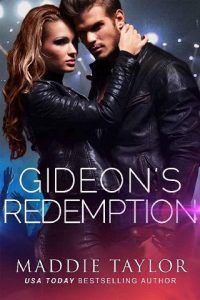 He’s a rock star ready for an encore.
Can she find the courage to give him a second shot?

Nearly a decade after being callously tossed aside, Shannon Hughes unexpectedly finds herself face-to-face with Gideon Eli, the man who broke her heart. As gorgeous and domineering as ever, in the years since their split, his career has exploded. Beloved by fans the world over, he is now filthy rich. Unfortunately for Shannon, she can’t forget the fact that he left her to raise their child on her own. Or so she thought.

When Shannon learns of the scheming insider behind their breakup, she’s overwhelmed with remorse for her lack of trust. Discovering that Gideon still wants a second chance leaves her overjoyed, but his terms for reconciliation are unexpected. Surrendering control to Gideon is one thing, but forgiving herself is quite another. Can his enduring love convince her that it’s safe to let go of the past and finally build a beautiful life together?

Publisher’s Note: This re-release of one of Maddie’s early books has been revised and expanded.