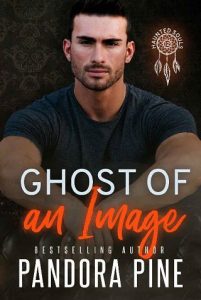 A long-held family secret is coming for Copeland Forbes. With a vengeance.

Still aching at the loss of countless family artifacts after his mother’s death a decade ago, Cope is shocked to see one of them, the mysterious Orpheus Box—along with a sepia photograph of two men, one a dead ringer for Cope—as the prized feature of an exhibit on Victorian Spirit Photography.
Before her death, Cope’s mother had warned him the box must never be opened, but Jude and Cope are too late to prevent disaster. With a flurry of chaos and magic, an earthquake plunges the gallery into darkness, and when the lights come back on, Cope finds himself face to face with his long-lost ancestor. The man in the photograph.
In a desperate bid to keep his family safe more than one hundred and fifty years ago, Camden Forbes trapped himself and his half-brother, Orpheus, in a complicated and dangerous spell. It should have remained intact forever, had the secret not been discovered by a mysterious puppet master who wants Orpheus’s secrets for his own nefarious purposes.
Cope knows it’s only a matter of time before the bodies start dropping. Can the Forbes men solve the mystery and find Orpheus before he kills again, or will Cope and Camden pay the ultimate price?