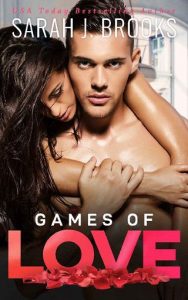 He needs a fake wife to inherit billions.
I need to pay my bills to make a living.
It’s just six months… what could possibly go wrong?

Connor Lennox is the opposite of what I want, but I need him.
Same goes for him, which is obviously the only thing we seem to have in common.
I’m a broke student living in New York City.
He’s the handsome GQ-model type of guy who is about to inherit the billion-dollar company from his father.

But only if he can prove that he’s capable of maintaining a serious relationship.
Which is a challenge if you’re an arrogant jerk like Connor and live his playboy lifestyle.
Fake dating for a reality TV show seems like a great plan for both of us.
Until it isn’t.

It’s a terrible idea, and we’re both in over our heads.
Living with a total stranger who thinks he’s the center of the world?
All the while being recorded on TV?
How do we make it through the next six months without killing each other first?

Or without falling in love for real?

No cheating, cliffhangers and of course a satisfying happily ever after.