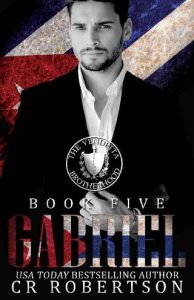 I walked in the shadow of death, the grim reaper following me as I left a trail of souls for him to collect.
There was nothing left but vengeance and to save my sister from the clutches of the man I despised.
Then I opened that room door and my life changed forever when I found a woman too pure and innocent for me.
Stolen from her family and left in a twilight world of non-existence, Willow had been slowly starved of sensation until she was broken by her unusual punishment. All colour had drained from her world until a dark angel rescued her, and now she belonged to him, body and soul.
Gabriel lost his soul seven long years ago when his family was torn apart, and he had to serve the man he hated in an attempt to find his sister Gloria. Known as the angel of death, he assassinated those who opposed his master until the day that Darius’ empire crumbled and those left behind had a limited time to save the women enslaved by a tyrant.
They were never destined to meet. They both came from different worlds.
Yet the moment Gabriel walked into that prison cell and found Willow, she belonged to him.
Fate had a twisted sense of humour, but some fires only ignited when the perfect elements combined.
Angels were emissaries of light, but dark angels heralded death, desire, and destruction.
Warning: Please be aware that this is a dark mafia romance. It contains scenes of violence and flash backs of domestic abuse that may be a trigger to some readers.