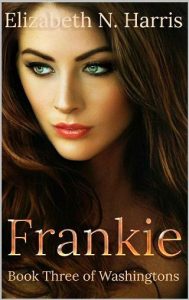 She’d always been desperate to fit in, but her mother decided she was an outcast. If not for her twin brother, life would have been hell. Her mother ruled with roost with an iron fist, but in the background was a doting father who gave her everything he could. When he died, she was lost, adrift without her anchor, and life would have turned out much different if not for her twin.
A normal upbringing created an extraordinary man. He was strong, controlled, respectful, and loving. And he knew how to spot a wounded animal. The first time he laid eyes on her, he recognised her suffering, even though she hid it behind an abrasive front. Attempting to get close to her was like trying to hug a cactus. But a vicious scene in a hospital gives him a chance, and he’s determined to break through her walls.
She’s running from two things now, her mother and him. Both of them want something from her, and she’s not prepared to give it. When all you receive is rejection, it becomes something you expect. But he’s good, very good at worming his way past her arguments. Frank’s daughter is about to discover she’d more of her father in her than she’d ever thought possible. And it’s Frank’s legacy inside her that will get her through this.