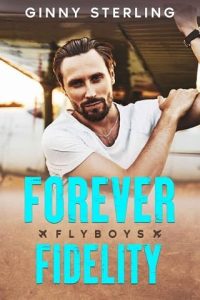 Better late than never…
Mike ‘Handsy’ Wheeling could fix anything – except his marriage. Honoring his wife’s wishes to leave her alone was killing him slowly. He was so tired of the fighting that he ran, taking an assignment on the other side of the world to get away from her.

Put the ‘iron’ on the target…
Meredith Wheeling was tired of hurting and frustrated that Mike kept refusing to give her a divorce. They could barely tolerate each other anymore and did not know what possessed her to marry him years ago.

When the broken man appears on her doorstep out of the blue, could this be a second chance at happiness? Or had they changed more than either of them realized?