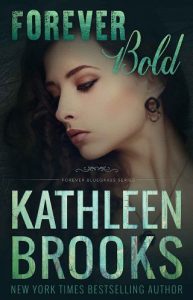 Ariana Ali Rahman is a princess who is always up for fun, but then one night changed everything for her. That one night showed her what good she could do and set her on a dangerous path speaking up for those who had no voice. Determined to bring justice to the unheard, Ariana heads to New York City only to become a target for her charitable work.

Jameson Duke was in Special Forces until the powers that be forced a career change. Instead of following in his parents’ powerful political footsteps, Jameson became an agent with the State Department’s Bureau of Diplomatic Security. Then the powerful influencers decided they weren’t done dictating his life. Jameson was pulled into his boss’s office and ordered to protect Princess Ariana upon her visit to New York City. Jameson knew two things: one, he was tired of spoiled diplomats, and two, if the powers that be wanted him near Princess Ariana, then last thing he was going to do was get close to her.

What Jameson thought was just another assignment protecting a spoiled princess turns into something much more dangerous. Shots are fired, and lives and hearts are on the line. But who is pulling the strings from the shadows and will they all make it out alive?