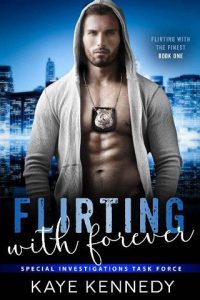 His undercover assignment wasn’t supposed to involve a fake girlfriend. And he definitely wasn’t supposed to fall for her. But it did. And he did. Now, he’ll do anything to protect her. Even if it costs him everything.
Hunter
When I’d met Lauren at a wedding, where she’d caught the bouquet and I’d caught the garter, there’d been definite sparks. Unfortunately, abstaining from dating was a part of her addiction recovery, so I’d moved on. It was probably for the best anyway because, as a detective on the Special Investigations Task Force, having a relationship was…difficult, to say the least.
But, as luck would have it, we crossed paths again when she’d quite literally stumbled into my undercover investigation of the Sokolov crime family. In an effort to keep my cover from being blown, I’d blurted out that she was my girlfriend.
Huge.
Epic.
Mistake.
Now, she’s been sucked into my investigation, and I’ve fallen for her. Forbidden or not, I’m determined to be with the woman who’s insisting our fake relationship stays, well, fake.
I have to convince Lauren that we’re worth taking a chance on because we just might have a forever kind of love. But first, I have to keep her safe from the Russian mafia. No big deal, right?
Wish me luck.